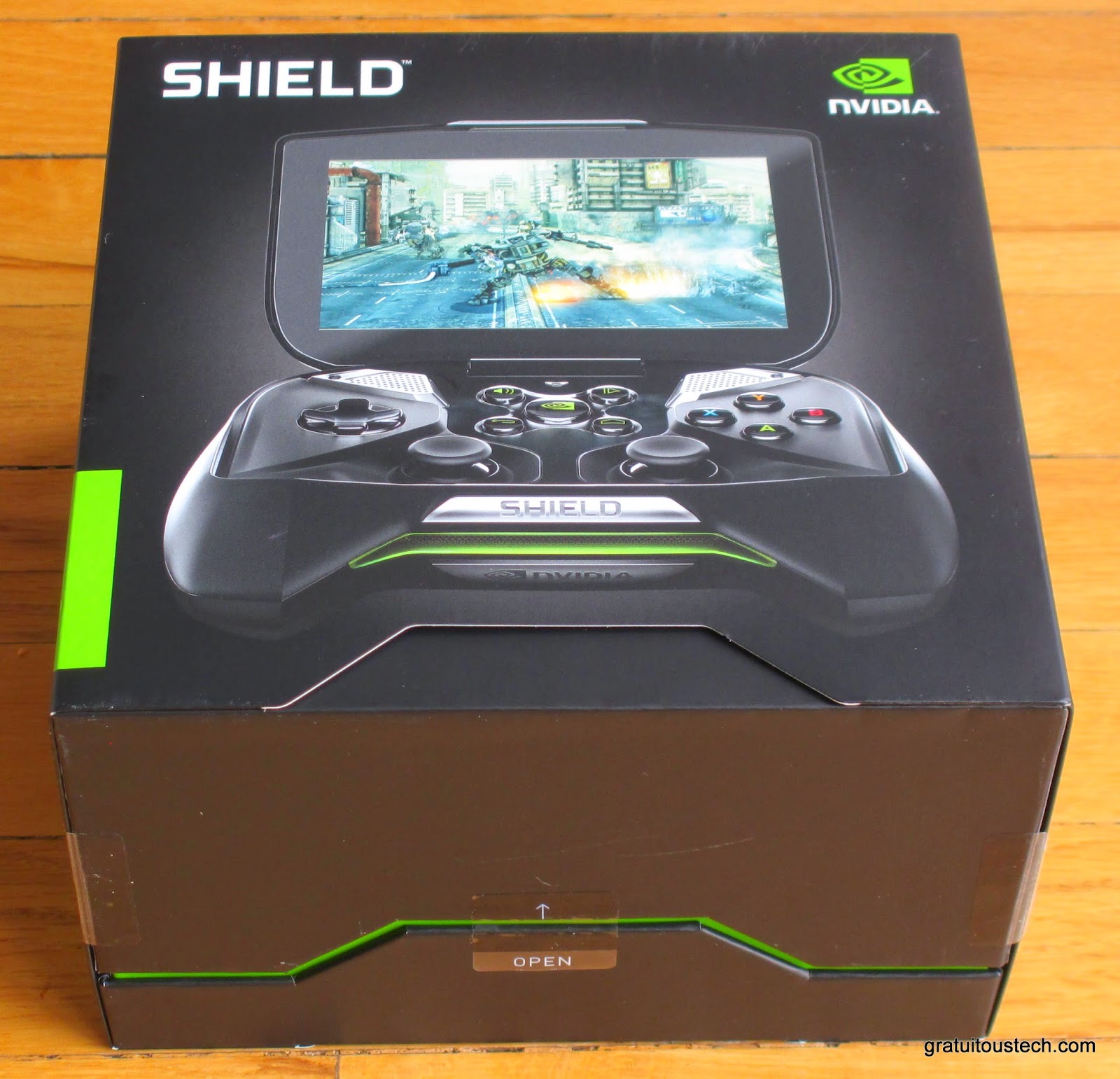 Prior to starting gratuitoustech.com we had a Google+ presence. This is where we first showed off our gratuitous pictures. One of our first posts was of the nVidia Shield Portable, it is still one of our favorite purchases. Here is a more in depth look, just in time for Christmas.

Design/Build Quality
When nVidia first launched the Shield (now called the Shield Portable) they were mere babies in the consumer hardware business. True, they had made video cards and showed that they were avid gamers but, they hadn’t spend much time on devices you carry in your hand all day. That is one of the things that really surprised me when holding the Shield for the first time. The quality of the controls made the PlayStation 3 controller feel like a toy.
Having the screen fold down protects both the controls and screen. The visual look of the shield is a tougher sell. The main focal point is the “Shield” on the back of the screen. This is a metallic badge that can be replaced with the design of your choice. nVidia had said that you would need this feature because everyone in your house would own one. Big talk for a device with the launch price of $349. Luckily, it has since had several price drops and now sits at $199 which is a pretty good deal. The D-Pad has a nice feel, however since it has a floating design Fighting games that require precise D-Pad rotation can cause some issues. All of the triggers and buttons feel really nice and have good movement. 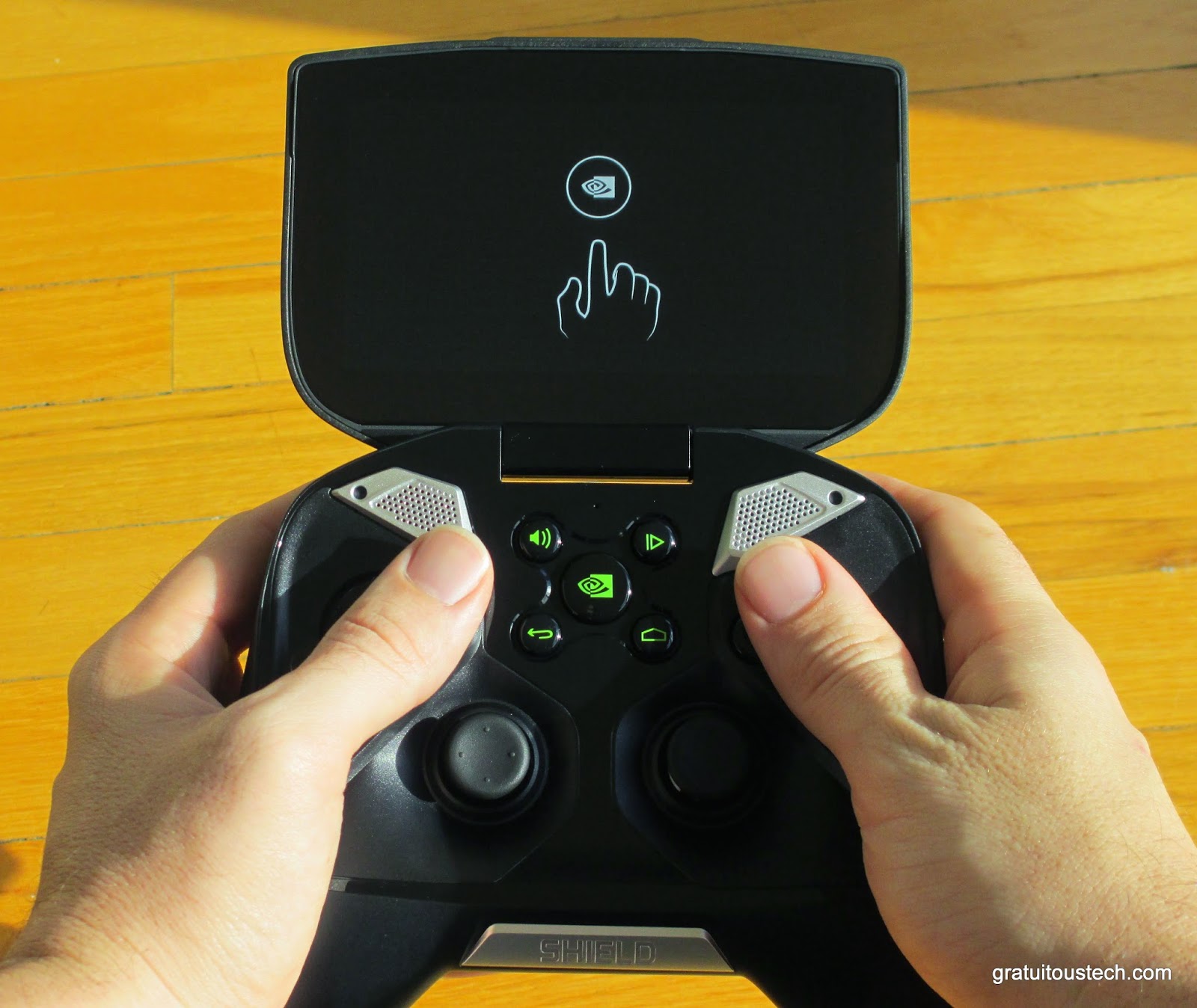 My experience with the Shield has been very surprising… in a good way! Since this was one of nVidia’s first Android devices I was a bit worried about how well they would support this device. Even large, well know, phone manufacturers at the time had trouble keeping their hardware up-to-date. It would have been a pretty big leap to think that nVidia would be able to keep up with Google’s Nexus devices… but that is what they have done so far!

One of the greatest innovations in the Shield is the controller mapping. As you know, not all (or many for that matter) support controllers by default. Most games were designed with smart phones in mind with their touch screen interfaces. The Shield allows you to map hotspots on the screen to physical buttons on the controller. This is actually a very responsive and well thought out interface. It actually makes me sad that the Nexus Player and its lack of this functionality. The implementation is amazing.

One thing that the Shield allows is the streaming of PC games. They have implemented this in two different ways. One is a service called Grid which is almost a Netflix for games. They give you the following games for free until June 30th 2015:
Alan Wake American Nightmare
Astebreed
Batman: Arkham Asylum
Batman: Arkham City
Batman: Arkham Origins
Borderlands
Borderlands 2
Brutal Legend
Darksiders
Darksiders 2
Dead Island
Dirt 2
Lego Batman 2
Lego Marvel Super Heros
Lego Batman
PixelJunk Monsters
Psychonauts
Race Driver Grid
Red Faction: Armageddon
Saints Row: Row The Third
Stacking
Street Fighter X Tekken
Strike Suit Zero
The Witcher 2: Assassins of Kings
Trine 2
Ultra Street Fighter IV
There isn’t really anything that tells you the price after June 30th. I have used the service and it works extremely well. Kind of sad that it will only be free for a little while longer but, they have to make money some how, I guess… 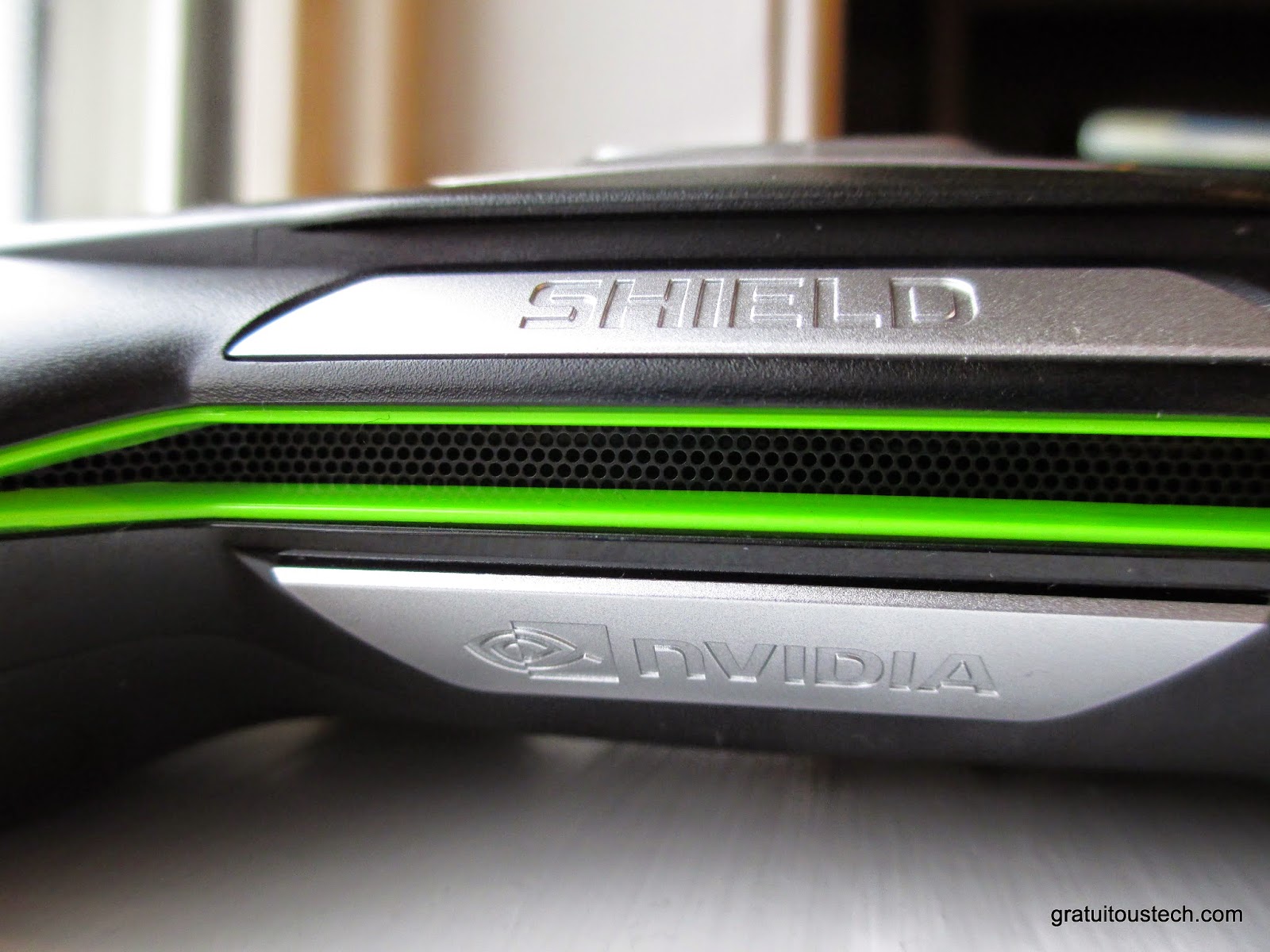 The other way to stream games is directly through your PC. This mirrors your PC screen to your Shield. One of the latest Shield updates made it so you can use Keyboard and mouse, get your Diablo III and Starcraft II fingers ready!!!

Along with all of the PC streaming, don’t forget you can also play all Android games, and usually much more satisfyingly, with the controller mapping tool. This includes anything on the Play Store (Or Amazon, if you are into that sort of thing), including your favorite emulators!  There is a large selection of great emulators that cover anything from the NES, Turbo Grafx 16, to the PlayStation and Dreamcast.

With all of this fun they give you a very good battery. I was stuck at an airport for around 8 hours playing the Shield and the battery didn’t die, I actually just stopped playing when I got on the plane due to gaming over saturation...sitting that long is pushing my limits.

Overall
The Shield Portable at $199 is a steal (or $139.99 at gamestop right now!). The battery life is amazing. Plugging in an HDMI cable converts it into a home gaming console and when you buy the Shield controllers it completes the experience. The Grid service is awesome, the PC streaming is cool, but not plug and play. I am sure it will get better over time. The ability to use emulators and the SD Card slot is more than you could ask for. If you were looking to get a Wii U, PlayStation Vita, 3DS or 2DS I would highly recommend looking at this as an alternative.

Our post with all the pretty pictures can be found here 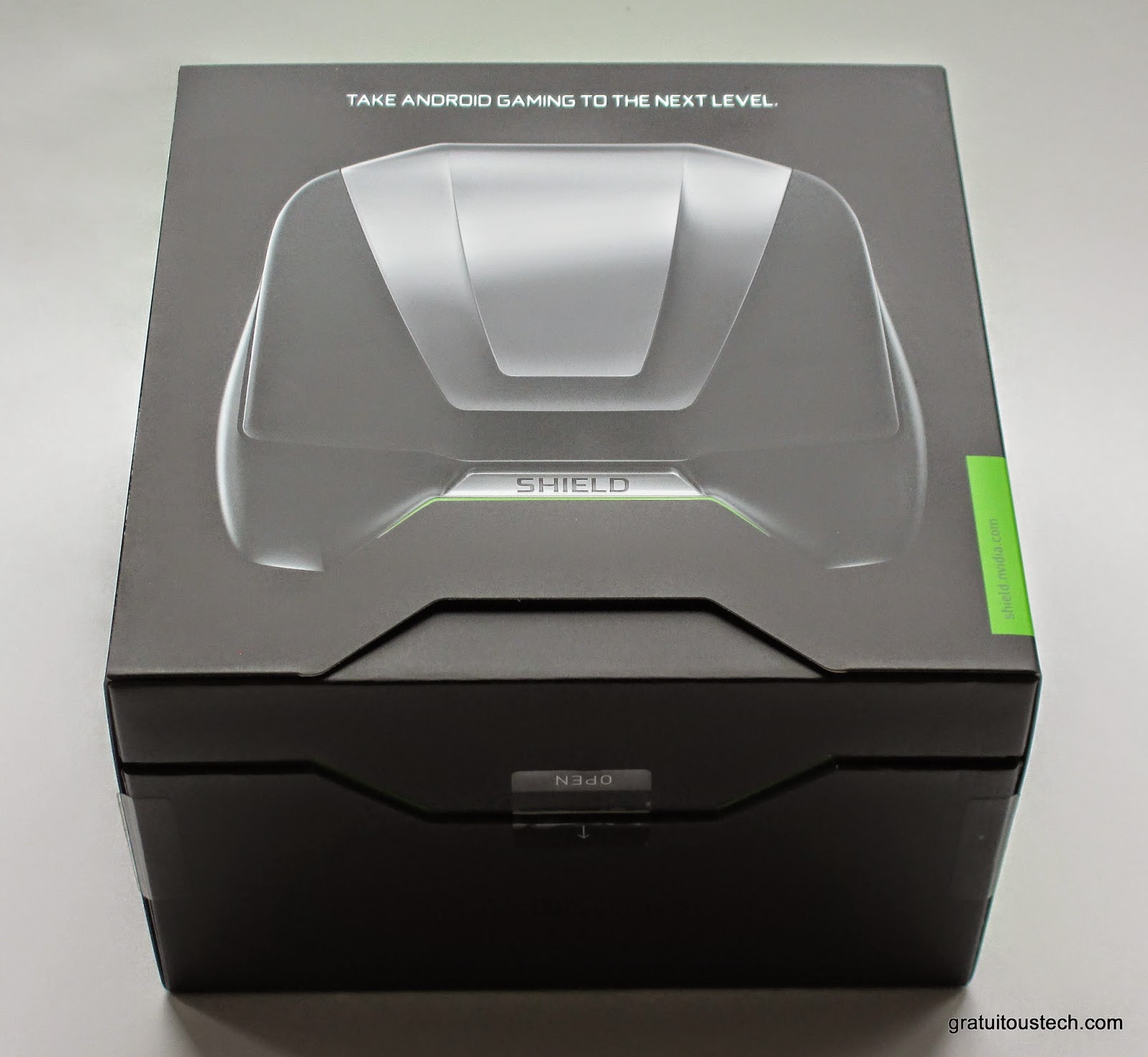 Posted by Administrator at 10:27 PM